The Acura Integra is a special car. The reason it’s special is it was a luxury compact car that was part of the Acura brand, which was Honda’s luxury division. It was known for its sporty styling and performance, which helped to establish Acura as a brand that offered luxury vehicles with a sporty edge.

It was known for its sharp handling and precise steering, which made it popular among car enthusiasts and motorsports competitors. The Integra was often used in motorsports competitions and had a strong following in the tuning and racing communities. This example has 55k miles on it and seems like it’s ready for a new owner!

The exterior of the Acura Integra was designed with a sporty and aerodynamic look in mind. It featured a sleek and low-slung body style with a wide stance, which gave the car a sense of stability and confidence on the road. The front of the car featured a bold and angular grille with the Acura emblem in the center, as well as sharp and sleek headlights. The car’s body lines were sleek and flowing, giving the car a sense of motion even when it was standing still.

The car was available in a variety of colors, including silver, black, red, and blue, which helped to give it a modern and stylish appearance. This car is the LS trim model in white. It comes with full original Integra wheels and the optional Sunroof. This car is an absolute time capsule as it seems there isn’t a dent on it’s body work. I’ve never seen one with a rear wiper before so this car is fully unmolested and fully original. The seller doesn’t give much details but from what we can gather the car looks to have been garage kept for most of it’s life.

The interior of the Acura Integra was designed with a focus on comfort, functionality and style. The seats were made of high-quality materials and were designed to be both supportive and comfortable. The dashboard was clean and uncluttered, with a simple and intuitive layout that made it easy to navigate and use the car’s various features. The car was equipped with a variety of standard features such as air conditioning, power windows and mirrors, and a stereo system. The interior of this Integra Coupe is so clean you can eat off of it. All buttons and trim pieces seem to be intact and the seats have no holes or rips. This car is a manual which makes it even more desirable for Integra enthusiasts. The interior of this car was made to be functional and stylish even now this car is holding it’s own when it comes to having a minimalist interior.

The Acura Integra was available with several different engine options during its production run. The base model was equipped with a 1.8-liter, four-cylinder engine that produced 140 horsepower and 126 lb-ft of torque which this car is equipped with. This engine was known for its fuel efficiency and low emissions, and it was paired with either a five-speed manual or a four-speed automatic transmission. When you take a look at the images of the engine bay you can see that it has most of it’s original factory stickers. These cars were known for their reliability and low maintenance. You can tell that this engine has not been toyed around with. This is the ideal car for someone looking to pick up a unmodified, clean Integra 5sp coupe!

Overall I like this car. If I was a die-hard Honda enthusiast I’d be all over this example. Is this car worth the $14,995 price tag? Given it’s overall unmodified nature and low miles I’d say it is. You’d be pretty hard pressed to find a LHD example in this condition. My question is, Is this Integra coupe worth your hard earned cash? 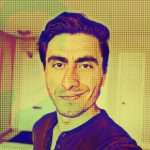 I was the kid you'd come to when you wanted to buy a used car. Now that I'm older, I look up the cars I used to admire when I was a kid and post about them!

Daily Car Lists To Your Email!